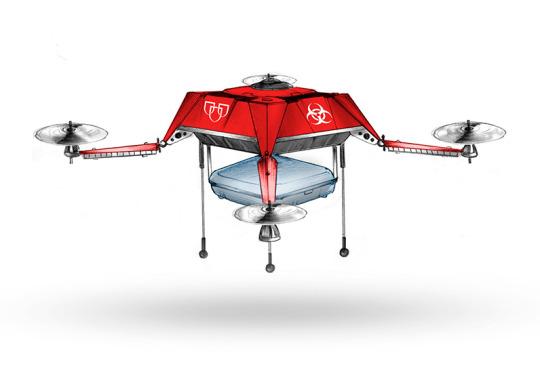 Amazon has followed through on claims that it will move its drone testing operations outside of the United States, following frustration with the FAA in obtaining permits. Amazon cites that the FAA have been slow to respond to their requests for an exemption to Section 333, which would allow for Amazon to perform outdoor experimentation on unmanned aviation within the borders of the US. In fact, Amazon has revealed that they have been performing testing at their facility in British Colombia for several months now. The test site exists only 2000 feet from the US/Canada border, indicating that Amazon’s operations are not only about development and testing, but also an effort to protest FAA regulations.

Eyes in the skies: Could drone tech revolutionize polo? – 1 April 2015

Polo boasts the largest playing field of any competitive sport, with 300 yards in length and 180 yards in width(equivalent to about 9 football fields), to assure that all 8 players mounted on horseback have room to move and swing their clubs. As a result, spectating polo can be a challenge, with players quickly darting about at great distances, competing for a ball no larger than a baseball. Jack Hardway, a specialist in sports TV production, thinks drones can forever change the polo experience. By following the action on the field, drones will be able to broadcast video of the polo match with detail and perspective that has never before been seen. Hardway has already tested the concept, and believes that integration of aerial views in polo could forever change the sport.

The “Flimmer”  is the US Navy’s  newest entry in its continuous  development of unmanned systems.  also known as the  Flying WANDA (short for Wrasse-inspired Agile Near-shore Deformable-fin Automation),  the drone is capable of  smooth transition between float and flight, and has  a top speed of 57 mph in the air.  Flimmer can even dive  directly into the water, like  a duck, as  opposed to having to land like a traditional seaplane. The design will eventually hold  sonar equipment, capable of making  the Flimmer into a mobile  sonobuoy, which will give it the capability to more effectively locate submarines.

With essential blood products like platelets and plasma having such a short shelf life, small hospitals and clinics tend to rely on courier services when blood transfusions are needed. Unfortunately, these couriers are at the mercy of the local highway system, and with the time sensitive situation of a blood transfusion, traffic jams and delays are not an option. UAVs, however, could transport blood and other important medical goods regardless of road conditions, and could even be used to reach disaster sites. Drones have already been used during disaster response, for example, after the Haiti earthquake of 2012. So extending their use to blood delivery is entirely possible.