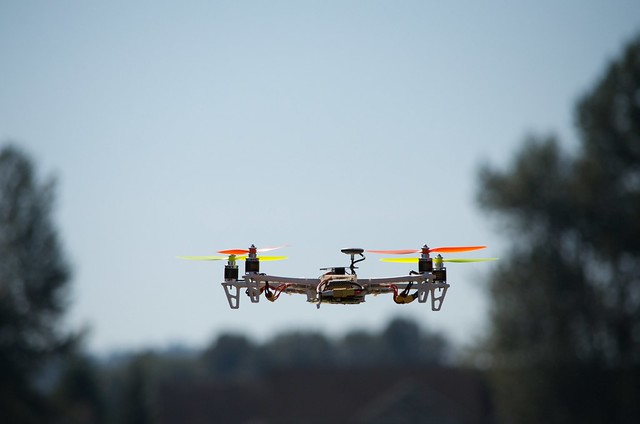 1/26/15 – Precisely 70 years after the liberation of Auschwitz-Birkenau by soviet troops, the BBC released haunting footage of the site as it appears today. The video quickly rose to claim the Most-Watched video on the BBC News’ YouTube Channel, showing the appreciation for drones as supplying a unique cinematic effect. Not to deter from the emotional and historical relevance of the video, it is worth noting that the BBC specifically advertises that the footage was obtained using a drone; this should reinforce to US agencies that drones have a place in many fields, including journalism, and those uses need to be considered in upcoming rules.

1/28/15 – CNN held the first ever official interview over the popular messaging platform Snapchat on Wednesday. Senator Paul (R-KY) reiterated many of his known qualms over the use of drones, including a soundbyte that “if [drones] fly over my house, they better beware because I’ve got a shotgun.” It’s worth remembering the controversy surrounding a New Jersey resident shooting down a Phantom 2 Drone that was over his property in October 2014. While Rand Paul apparently supports such an action, current FAA regulations equate such an event to shooting at an 747 as it lands at LAX. This mind-bender of property rights and aviation regulation should make you expect the FAA to revise their rules soon, but also expect Rand Paul to be in the middle of everything that happens.

Drone Maker to Prevent Some Device Flights Over D.C.

1/28/15 – The Chinese drone manufacturer SZ DJI Technology Co. announced that a new firmware update would prevent their drones from flying in the District of Columbia in response to the crash landing of a drone on the White House lawn earlier this week. This firmware update would using geofencing capabilities from the GPS sensor onboard the quadcopter to disable the device inside marked “no-fly” zones. Additionally, DJI said this update would also prevent flights across international borders, as authorities in Tijuana, Mexico reported finding a drone that had crashed during an attempt at flying drugs over the border. These added firmware limitations are in addition to flight limitations around airports, which are already included in current firmware. Forum threads critical of such firmware limitations and the search for a hack to disable them have been around for a while, but will likely see a boost in readership from this recent development.

January 26, 2015 – The CIA has recently carried out yet another drone strike in the nation of Yemen on Monday January 26th reportedly killing men aligned to Al-Qaeda.  This is more notable due to the recent unrest within Yemen between the government forces and Houthi rebels resulting in the current administration under President Abd-Rabbu Mansour Hadi throwing the governments continuing acceptance of United States strikes in the country into doubt.  Despite this however United States Government spokesmen, such as Colonel Steve Warren a Pentagon spokesman, have reiterated the continuity of anti-terrorist operations within Yemen despite the volatile situation on the ground.

January 26, 2015 – The recent breach of the white house by a quad copter drone has helped to spike the supporters of harsher drone legislation and guidelines of the Federal Aviation Administration.  Though the quad copter apparently posed no threat to the White House or the president and its family the incident has possibly raised awareness about the possible cheep use of these “toys” for terrorism. The Obama Administration and the FAA have been poised to post new guidelines about the possible use of drones in areas such as commercial use but advocates fear that this most recent event might through more roadblocks in the way of this.

FAA Drone Ban at the Super Bowl is Absurd

January 30, 2015- The FAA has decided on an 8-hour, 60-mile wide drone ban around the University of Phoenix stadium on Super Bowl Sunday this year. This 60 mile wide diameter around the stadium is bigger than the entire city of Phoenix and exponentially larger than the drone bans around the nearby Phoenix airports or Luke Air Force Base combined. The ban brings into question the validity or necessity of stopping and arresting recreational users from using drones in completely different zip codes of of the stadium. While the 60-mile ban is a good idea in that it gives security forces possibly more time to respond to a threat it is debatable whether it would have any effect as a deterrent.